Everyone you meet has something to teach you

Let’s talk about sex today.
Something we freely talk about in our usual conversations, a normal thing actually. Gone are the days we would shy away from sex talk today we know everything. Almost everything maybe. Just enough.
After talking to Dr. Jarunda this week (remember him? No? here he is) He sent me a link from Odd Africa that highlighted sex practices in Africa. Apparently some communities were taught how to please their husbands in bed; others virginity was seen as a curse needing cleansing others regarded women’s pleasure more than men. (Link in the description box down below *insert appropriate YouTube voice*)
Sex really isn’t a foreign concept even in Africa. With social media there’s a whole bunch of information, a whole new world. It all seems like the norm, it’s okay to do it. Besides everyone is doing it right? There’s so much we miss however. No one stands up to say yes it’s happening but here’s why you should hold off.
Today we have the Founder, Worth The Wait KE. I’d brag we’re buddies and sip virgin 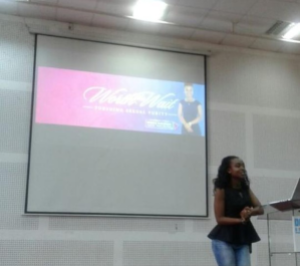 mojitos at Charlie’s over our interview but no truth would be found in me. Ms. Njuguna however was in my high school. Yep, that school with long blue pleated skirts (fish), blue blouses (we didn’t wear ties) and red windbreakers. I hear that apparently the girls there were proud. I really wouldn’t know since I barely left school if I wasn’t going home would I? Aside from standing on the assembly ground and reading weekly press articles that I had written 10 minutes before parade I really don’t think there was any other way for her to know me.
Then life happens and I see her campaign on Instagram. Slid into that DM and here we are!

Saying Nicole is beautiful is probably an equivalent of a good morning for her. (must have been something about my school).
She gracefully answers my questions with a wise selection of words starting off by saying she loves our entrepreneurial abilities as Kenyans. ‘Talented people willing to do the best with the least.”
The a million dollar question however as I jump in is how she starts an abstinence movement when a number of the youth are at the peak of sexual activity. Going against the current if I dare say. “This is quite a tough one” she points out. I feel like bad cop but I’m curious and she knocks me off my seat when she says she was sexually active while dating “a nice young man”.
He was nice, okay. Objectivity requires no distortion by emotion or personal bias right?
Then the bomb drops, “one random Friday evening, I got malaria symptoms.I self treated with some painkillers in vain. I got checked the following Monday, turned out I had a sexually transmitted infection.” Here she says she had had enough. Wouldn’t you?

I wanted to pry, the selfish writer in me. I want to know how the break up went, are they still friends? Did he cheat? Has she lost faith in men? Until I realize it’s not easy to open up to the world on something as private as this. What I admired most is she chose to take on the task of talking of sexual purity when we only hear it at church and from people in the generation above up. She is our peer saying just how important it is to wait.
Society can however do so much to a project such as this. In a day when we have rape

victims being bashed with shoulda, coulda, woulda’s I wonder the landing she had when she launched Worth the Wait KE. “The society has been open and welcoming of this idea admitting it is indeed a struggle to maintain purity” That’s definitely one big box checked. What keeps her going whilst spreading the campaign? “My friends and family have been very supportive and encouraging.” She points out that she’s really grateful to God for this.
Nicole tells me worth the wait is in support of the trending hashtag where delicate matters of sex are coming up. ‘Sex should always be out of  mutual consent because it is a beautiful gift.’ I try asking on whether they handle any cases of sexual abuse but she politely responds the same would infringe on their clients privacy.
With sex out of the picture for couples will relationships succeed? “Withholding the sex is an act of sacrifice and love.” Yep, you read that right, sacrifice and love in one sentence with a symbiotic relationship. “Waiting to have sex in marriage increases your chances of success in marriage. No pain no gain, so what you don’t work for won’t mean much to you.” Now there’s a live wire. Mjuols under siege maybe?
Worth the Wait KE hopes to spread all over Africa in the coming five years speaking to millions of young people to practice sexual purity. Gaining ground so far? Definitely! Despite their goals being on the global spectrum charity does begin at home. “Just organizing for talks and people showing up has been such a major success for us. Worth The Wait KE has been featured by different magazines and recently, we did an interview which will be released sooner rather than later.” 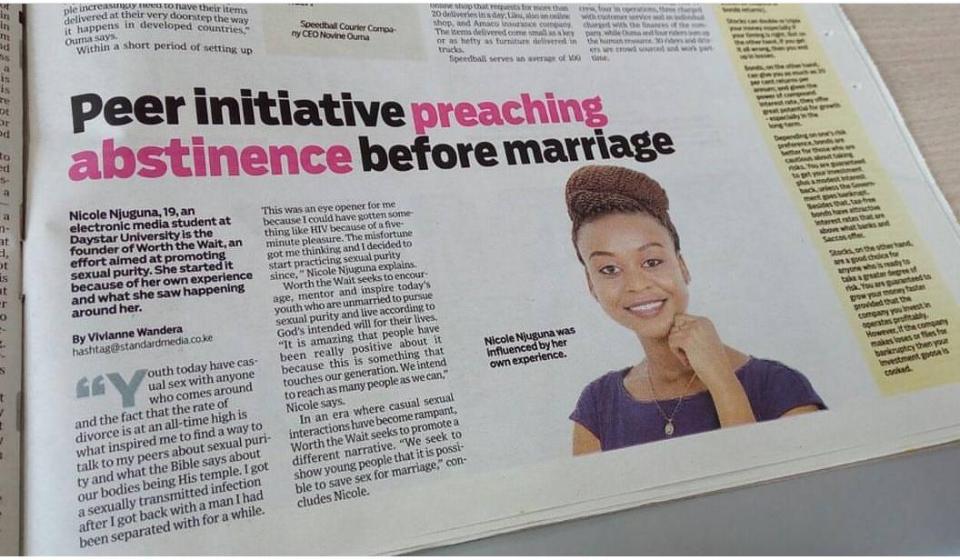 Want to share on this platform? Drop me an email on glynismaina@gmail.com
Odd Africa post link available here, viewer discretion is advised (major disclaimer on the video!) . Unsuitable for persons under the age of 18 years.

Advocate of the High Court of Kenya ⚖️
I also write sometimes
Check out my YouTube channel and website
Business inquiries: info@glynismaina.co.ke

Grace Wanjiku Maina an Advocate of the High Court

Kanga ceilings and vibes @moov_cafe_bistro . Than

Nairobi ❤️ Know the name of the building? Comm

And whether or not it is clear to you, no doubt th

Sex hasn’t always been a common topic for discus

You are the mint to my mojito 😍 #glynismaina

If something ignites you - chase it. . #glynismain

WATCH THIS BEFORE JOINING LAW SCHOOL IN KENYA