Everyone you meet has something to teach you

It is funny how you can know someone for four consecutive years of high school walk from the dinning hall holding hands and saying how you’ll be roomies at campus and get married on the same day to twin brothers. The truth is however, this fantasy doesn’t work. For me at least. All my so-called best friends at the time have moved on with life and now we don’t meet for book reviews and drink green tea over gossip. It’s just hi’s and byes on the streets of Nairobi.
Isaaka however is one of those people who have sort of remained in the loop for the past two years or so. I thought I was going to be those fans who commented on is blog posts and was ignored until kingdom come but had other plans..

I had never met Isaaka, up until this interview. I knew his birthday, what time he went to bed and his favorite drink but for two years I had never met the guy. So after I did a mini rant on my twitter page (okay rant is a strong word) I thought, so what next because we all know we start a conversation on twitter, everyone agrees something needs to be done and applaud you for identifying the problem then a day later we have moved on. I called up Isaaka;
“I see you do a bit of photography here and there want to met up sometime? I want to pick you brain” Maybe not these words but the PG version will hold. He was kind enough to see me. I wanted to cancel after he confirmed because being a writer sometimes is about sitting behind a screen and writing. It’s a bit terrifying meeting other people and expecting them to be naked and honest with you and let you tell their story. However, ladies and gentlemen I am glad I didn’t.
Meet Isaaka…
The first thing I notice when I arrive is the paintings, abstract art he tells me later on. It’s like walking into an artsy room trying to be modest. The drawings he says are done by him on canvas but he lets someone else do the painting. It tells a story I can’t quite put my finger on, two of the paintings are women and they make me think of Jimnah who does the portraits at Java. I can’t help but wonder the numerous talent this man has.
I really didn’t prepare any questions for this interview so I decide I just might ask about anything and everything once I gain ground.
Interviewing a writer is a bit rigid because I tend to think we (writers) are very careful with our words. There is an element of pretending you are an open book but in the end saying absolutely nothing personal. Isaaka affirms my thoughts when he says he doesn’t know what to say when he’s asked about himself.
After talking about cars he tells me about Elon Musk the man behind  Paypal and Tesla motors and his Mars colonization plans. He says he want to live on Mars, if Musk’s project shows there is life for his September 2017 report why not.

I ask him whether he would live abroad trying to steer the conversation. He takes his time and retreats to pick his words. He asks why anyone would want to live abroad. I try to sway him ‘ why stay here and we are a third world country.’ There he seamlessly says it’s exactly because we are a third world country, that he would stay, because it creates room for growth. ‘It’s easy to make it here than abroad, first world countries have already developed so much it’s Africa’s turn to grow.’
The most obvious question has been dealt with and I have to search my brain for another question or go home. A light bulb glows in my brain… he used to study at Juja and all of a sudden he’s a cool boy at Usiu and I can’t help wonder how he switched from Tripple E to BBIT(it’s equivalent at Usiu), it feels like a dream that only remains a dream in every African home. He seems calmer and starts moving around and he talks about how Juja boys after two years of study said they didn’t have his records in the system. Destiny maybe? And just like that he moved to a new school. He makes anyone who thinks Usiu looks bougee seem…what’s the proper word? Let’s say backward or ill-informed. Whichever intrigues your brain. In that we have (myself included) gravely misjudged the situation by thinking they are asked ‘huyu ni mnyama mgani‘ in their exams.

‘There is an old school approach at Usiu where you just have 40% worth of exams and the rest is spread out in assignments and research projects. You don’t necessarily study to pass exams like the 8-4-4 system taught us. Learning encompasses three modes that incorporate cognitive learning, conditioning and a cause and effect approach.” I feel like retracting my statement on calling Usiu boogie but it’s too late. He adds, “that’s why you termed my school as bougee because of the different method of teaching that isn’t necessarily bad.” I want to say my feelings are hurt but I’m not a man with an ego or a defensive woman who will embarrass Mekatilili wa Menza. Gracious and calmly I ask the next question.
“How did you get into photography” I belt out as he bounces on a squishy ball resting on the floor. “We had gone for a school event and the person in charge of pictures gave me his camera because he had an emergency.” He talks about he enjoyed it and you can tell from how his tone varies with a hint of excitement. “Because I was in high school I asked my dad if he could get him a camera and he said, maliza shule kwanza as any other African parent would.”

After school he decided to ask his big sister for money to get a camera because his father wasn’t getting him one in the near future. His sister, he says, gave him the best advice he carries on to date when she told him to save up. ‘If you want something to happen the best way to do it is to do it yourself’ He recalls. He took it on for a while and got to about 63 grand when he needed 80 grand for a camera, lights and tripod. Not being a believer of loans he approached his mum, said he had saved up 30 grand and she was so impressed she gave him an extra 50 grand (I feel like asking which version of mom he uses). So it begun. His journey that was once a hobby into a professional venture.
To make it in the business he suited up, took on a marketing course and read up a couple of books particularly; What they don’t Teach You at Harvard Business School by Mark H. Mccormack, Tools of Titans by Tim Ferriss and The E Myth Revisited Why Most Small Businesses Don’t Work and What to do About It by Michael E. Gerber.
Outside the scope of the interview Isaaka talks of his family, he has a brother called Seremala, I had to check that again. He chose a path that doesn’t involve medicine and has a chance to do something different. Sure photography looks like arranging a bunch of nice plates on the table and shooting or getting a beautiful lady and getting her to stay still for 15 seconds until you hear it from Isaaka.
“Photography isn’t just about taking a picture, it’s about communicating with the picture. 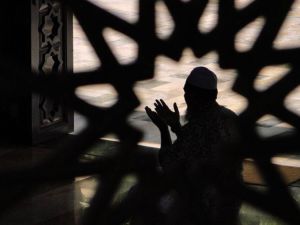 60% is the image the rest is editing. That’s why you identify with Kev Buo, Mutua Matheka and Joe Were’s works. They perfect the picture by quality edits. It’s about me pausing the moment and handing it to you. These photographers have established a style from their distinct works.”
For a interesting chap who happens to be slightly narcissistic I wonder how Isaaka is single. Dear ladies, if you believe you are smart enough to pick this brain shoot your shot. Get a single man out of the market. All you need is an intellectual exchange of some sorts. A tête-à-tête maybe? Feel free to slide into that DM. He doesn’t bite.
‘Do you make money from photography.’ I feel like this was anticipated because he smiles slyly. ‘Yep, a lot of money.’ I really reconsidered delving into photography when he says this. He has done photo shoots, events , pizza meets at garden city, pre-weddings and is venturing into videography. Don’t take my word for it. See for yourself. Isaaka is definitely talented even if he says it’s really not about talent. He says he could teach the same in 4 weeks. It’s an hour into the interview and I feel I have enough content for my post otherwise I’ll do two posts worth of a single feature. I close by asking if he would quit school for photography. He says no, without giving it much thought. I pry and ask why and he says he likes what he studies despite the money and he knows at some point in life he will sell part of his photography business and do something different. A couple of minutes later though he is indecisive about his answer saying it’s all circumstantial.
It wouldn’t be fair to end an interview with my first male client without asking if he’s a marvel or DC fan. ‘Marvel has better movies but DC has better comics’ A tie I suppose? Feel free to battle it out at the comments section.
Have a beautiful week.

All pictures are courtesy of Dan Isaaka Photography.
Are you a young Kenyan? Do you have a story you feel is worth telling? Lets support our own; drop me an email at glynismaina@gmail.com and lets put your story out there.

Advocate 🇰🇪 | ACIArb | Foodie | YouTuber
…and everything in between ✨
📧 glynismaina@gmail.com

For that tender falling off the bone meat @ashakig

The boldest year yet #glynismaina

To discovering more restaurants in 2023 ✨#glynis

WATCH THIS BEFORE JOINING LAW SCHOOL IN KENYA